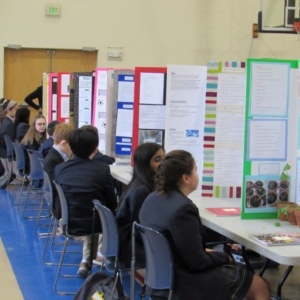 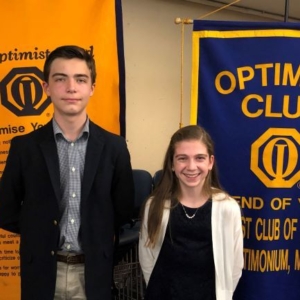 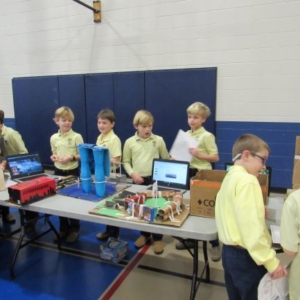 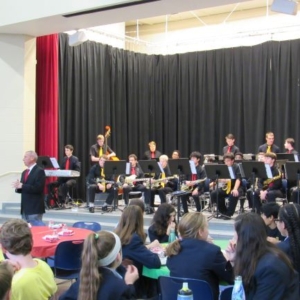 Lunch & Learn, an educational speaker series for the middle school, began in 2013. Modeled after Bravo network’s “In the Studio,” the program follows a Q&A format that lasts about 30 minutes while the students enjoy a lunch sponsored by a local business. Guests have included WBAL TV meteorologist Tom Tasselmyer, an FBI intelligence analyst, Senator “Ed” DeGrange, and baseball commentator Ken Singleton as well as professionals in the fields of graphic design and television journalism. The event is often broadcast live through Periscope.

The Oratorical Contest, a signature program of the middle school, requires students to research, write, memorize, and perform a timed speech on the annual topic provided by the Optimist International Club. Competing against public and private school students, in 2016 SJS student Aidan Fritz won the overall district competition and a $2,500 college scholarship.

A School-wide Science Fair, divided into a Lower School Science Fair engaging K-5 students in group projects, and a Middle School Science Fair for individual projects is unique to SJS. Attracting experts in various fields of science to judge students projects, the goal of the Science Fair is not only for students to understand the world around them better but also for them to have a vision of their place within it. Students are introduced to the scientific method beginning in the elementary program. Sound principles of science are followed as students explore key science concepts and prepare for each grade’s annual science fair. Beginning in Grade 6, students develop individual science fair projects that they must defend to outside judges. St. Joseph middle school students have even gone on to compete and win in the Baltimore Regional Science Fair.